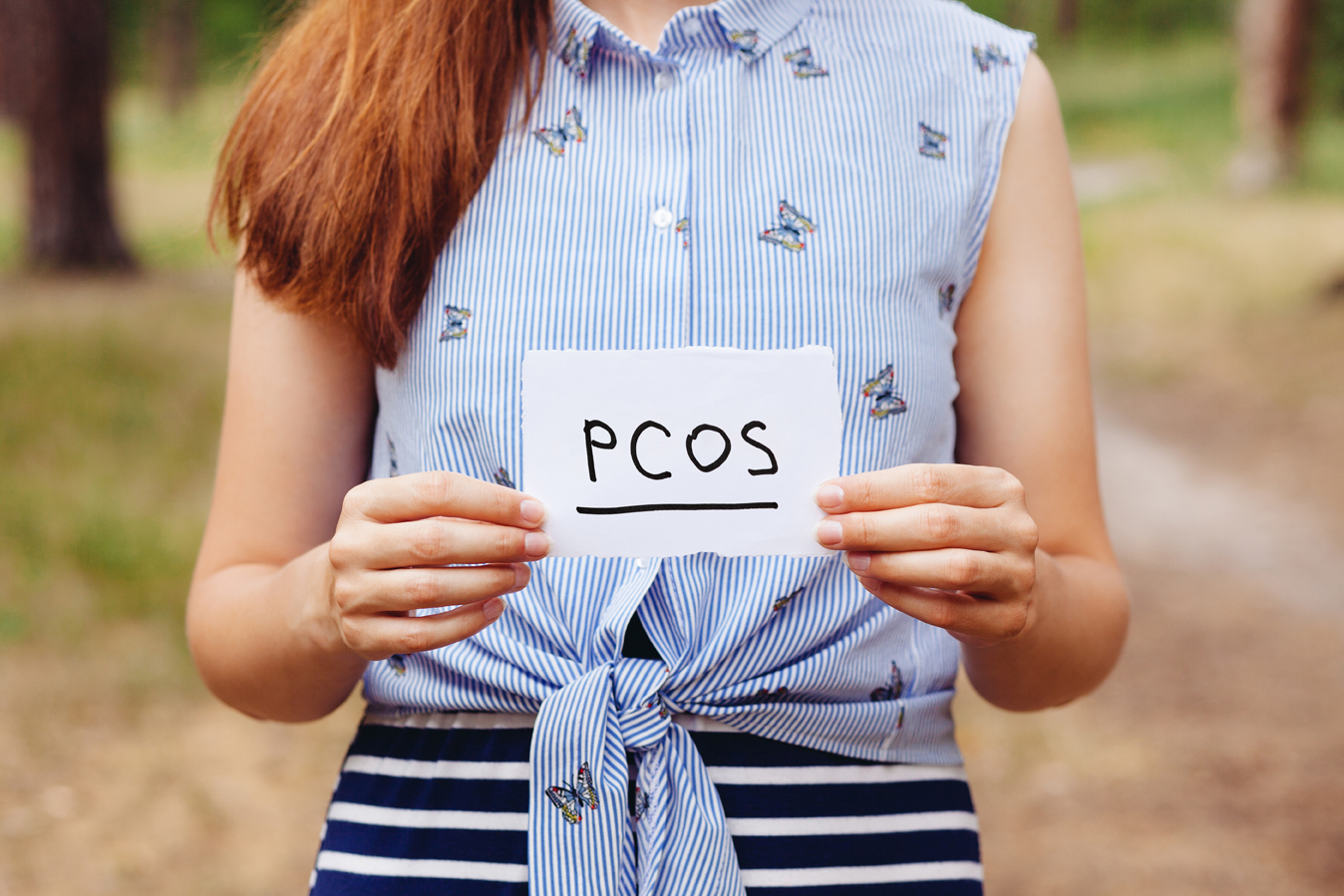 PCOS is a condition where the ovaries in a woman malfunction. It is a hormonal disorder and prevents ovulation and fertility. The hormone which controls the reproductive system in both men and women is secreted by the pituitary endocrine gland situated in the head.

The endocrine system is connected and interdependent on each other. Malfunction in one can lead to disorders in others. Here are few queries related to PCOS which will help you understand it in detail.

Polycystic Ovarian Syndrome (PCOS) is a hormonal disorder which affects women mainly during the age which is ideal for child bearing. Due to this hormonal imbalance women produce higher than normal levels of the male hormone.

The symptoms of PCOS are extra facial or body hair, infertility due to erratic menstrual cycles. The over secretion of the male hormone testosterone in women, causes enlargement of the ovaries and formation of tiny cell known as cysts.

These cysts are basically immature ovules or eggs which are not released and turn onto cysts.  This condition is known as Poly Cystic Ovarian Disease (PCOD).

What is the difference between PCOD and PCOS?

A major difference between PCOS and PCOS is fertility. Women with PCOD can get medical treatment and with a little shift in diet and exercising can conceive and carry a normal pregnancy because they ovulate.

PCOS is a metabolic disorder and women are at a risk of contracting diabetes, hypertension and cardiac disorders. Here ovulation is the biggest setback because without ovulation no natural pregnancy is possible.

What are common symptoms of PCOS? / How to know if I have PCOS?

Common and obvious symptoms of PCOS are

A woman suffering from any of these problems should get a check up done for PCOS.

What are the causes of PCOS?

PCOS is a hormonal disorder.  One of the causes is the overproduction of the hormone insulin by the pancreas. Excess insulin can cause and affect the production and ovulation process in women especially in the child bearing age and resulting in the inability to bear children. PCOS can also be a genetic disorder. A number of females from one family can have identical symptoms of PCOS.

PCOS symptoms appear to be mild but can have serious effects if left untreated. Endometriosis is a symptom of PCOS. In this condition, the endometrium which is the lining of the uterus grows on the outside instead of the inside of the uterus.

This abnormality can lead to cervical cancer if not addressed at the earliest. Other risks which can occur are diabetes, cardiac disorders, stroke high cholesterol, high blood pressure and sleep disorders.

What is the best time for a blood test for PCOS?

There are various tests conducted to get a diagnosis of PCOS. Tests include a pelvic examination and ultrasound which is ideally done at the end of the period. There are a number of blood tests which are required to assess PCOS. A complete blood count, thyroid profile, testosterone count are tested for diagnosis. These tests are conducted either before or after menstruation for exact results.

What happens if PCOS is left untreated?

An endocrinologist can assess and prescribe medication for PCOS. As with all other ailments, PCOS is best treated at the earliest. There are several risk factors which can occur as a result of PCOS – some may be unwanted and embarrassing while others could have serious physical and psychological problems.

These problems are cosmetic and can be taken care of. The more serious problems that could arise are:

PCOS/PCOD symptoms and even some causes are very treatable.  There are medications for almost every symptom. Medication is suggested in the case of irregular menstruation, skin problems like acne, hirsutism and hair loss.

Fertility treatments like IVF are now very advanced and popular with couples who have fertility issues. A diet is recommended for losing some amount of excess weight.

Loss of excess weight can be a great help ovulation and in controlling high blood sugar levels, risk of stroke and other cardiac problems.  Effectively there is medication available to keep symptoms and affects under control. The PCOS/PCOD disease is treatable but not curable.

How to get rid of PCOS?

PCOS as a disorder cannot be cured. But the effects of this disease can be eradicated or reduced significantly to lead as much a normal life as possible.

Making a change in lifestyle by shifting to a healthy diet, exercising and de-stressing greatly help in losing weight, regularising ovulation,reducing the risk of diabetes, stroke and cardiac issues.Loss of weight is a great help in increasing the efficacy of medication.

Birth control pills help in regulating menstruation. Effectively a healthy life style is the key to most problems.

Do gyms help in reducing PCOS?

Normally GYM exercises are not recommended for women with PCOS. PCOS is caused by hormonal imbalance. Yoga, walking, breathing, swimming, cycling, weight training are advised along with a low calorie and highly nutritious diet. This regimen helps in losing excess weight, which in turn reduces the risk of diabetes, stroke, and other hormonal problems

Does PCOS get worse with age?

PCOS normally affects women in their child bearing age when conception becomes a medical issue. Hormonal imbalance does continue at every age. The normal age for menopause if around 51-53 years of age.

Women with PCOS reach menopause a couple of years later than other women.  As women get older the production of testosterone also declines resulting in more menstrual regularity and better ovulation. Effectively, PCOS does not get better or worse with age.

A stray facial hair, especially on the upper lip and chin is quite common in women. When there is a hormonal imbalance then women tend to produce more testosterone which is a male hormone.

This leads to more hair on the face of the woman and also excessive hair growth on arms and legs.  The occurrence of facial hair usually starts at the pre – menopause or menopause stage, but can start earlier depending on the severity of hormonal imbalance.

What should I not eat with PCOS?

Hormonal imbalance causes metabolism disorders resulting in PCOS and insulin resistance. It is beneficial for a person suffering from PCOS to follow a diabetes diet.

Following a low calorie diet keeps the body weight under control which in turn is beneficial for ovulation, avoids the risk of diabetes, high cholesterol, high blood pressure and stroke.

What are the early symptoms / first signs of PCOS?

It is a good option to consult and endocrinologist at the first sign of any of these symptoms.

PCOS sometimes runs in families so it can be called genetic. If any relative, such as a mother, sister or aunt, have PCOS, the risk of any other female relative developing the ailment is increased, suggesting that there may be a genetic link to PCOS, although there is no intensive study or research analysis available to support this theory.

Does PCOS make you age faster?

There is no conclusive study which proves that PCOS can cause pre mature ageing. PCOS may delay the onset of menopause or have an effect on the skin but this does not contribute to early ageing. A woman’s genetics hold the key for early ageing or agelessness.

There is no cure yet for PCOS, but there are many ways you can reduce PCOS symptoms and feel healthy. The symptoms can be treated to provide an almost normal life but there is no cure for the condition. Removing the ovaries is not an often used solution.

This solution is used in cases where there are very serious health problems and pregnancy is not an option. Unless medically advised as a necessary, removing the ovaries is not a solution to PCOS.

It might frustrate you while you cope up with PCOS and its symptoms. It is a must to take proactive steps concerning your health and in turn to improve your mood as well as reduce your symptoms. Creating a healthy diet list of what you should eat and what you shouldn’t is a great way to start! Do speak with your doctor about the symptoms so that they work with you, identify the situation and recommend next steps.