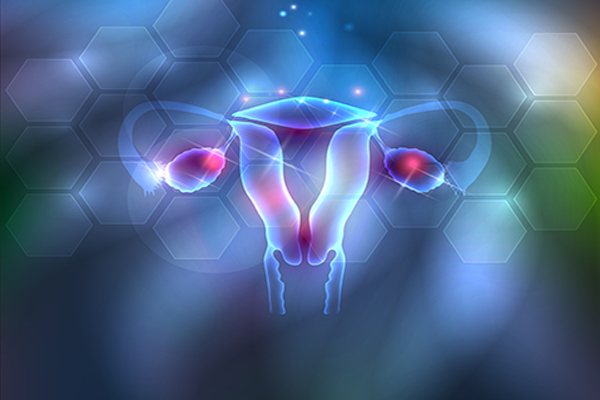 With acne, mood swings, hormonal fluctuations, and a continuously changing body, puberty is not always a reassuring experience for many girls becoming women. Many tend to see the changes with doubt and question if they are normal. While most girls move on to become healthy women, some of them might start to show telltale symptoms and signs of PCOS.

Known as polycystic ovarian syndrome, it is a common endocrine disorder that affects many women in their reproductive years. It is a cause of concern as it can affect the fertility and is associated with many other complications. Moreover, PCOS diagnosis is not easy.

Why worry about PCOS and its symptoms?

First up, as a condition PCOS has no cure. Endocrinologists only work towards reducing PCOS symptoms and improving fertility. PCOS is a complex condition that can cause a variety of symptoms and is often misinterpreted. However, if left unmanaged, it can lead to numerous complications like:

Secondly, early signs of PCOS are often neglected. This is because of the complex nature of PCOS, and the manner in which hormonal imbalances affect various parts of the body.

Early signs of PCOS can range from acne, irregular periods, and weight gain. These signs and symptoms are often associated with other conditions and are often treated in isolation instead of testing for PCOS.

Moreover, women can have ovarian cysts without having PCOS. It is seen in several cases that women have multiple ovarian cysts, but they do not have polycystic ovarian syndrome. While PCOS is a result of hormonal imbalances, ovarian cysts can occur even in women with normal menstrual cycles. These ovarian cysts are called functional cysts.

Ovarian cyst symptoms as in the case of PCOS are similar. These symptoms include:

While ovarian cysts are not known to cause infertility, PCOS causes decreased or no fertility.

How early can one have PCOS?

Though PCOS occurs in various types, a major characteristic of PCOS is hyperandrogenism, or the presence of excess male hormones in women. Excess of male hormones causes hormonal imbalances. This leads to menstrual, and metabolic disturbances along with decreased fertility.

Study after study done by pediatric endocrinologists indicates that girls, even as early as three years, born to women with PCOS have an increased level of enzymes that produce testosterone. This is a clear indicator of a future possibility of getting PCOS. However, based on the criteria of PCOS diagnosis, these children cannot be diagnosed with PCOS until their puberty.

Early signs of PCOS start to show up during puberty, but studies indicate that it is possible to identify children with an increased risk of getting PCOS. Children tend to have core hormonal imbalances even in early childhood. These imbalances later develop into PCOS during puberty.

Some children who have an increased risk of PCOS:

These children tend to have higher risk of premature adrenarche (or adrenal puberty) where there is appearance of pubic hair without true puberty. This is not accompanied by other signs of puberty.

Despite the fact that PCOS has drastic long term health consequences, it is often neglected in adolescence. Many girls and parents fail to recognize the early signs of PCOS. In adolescent girls, this can lead many psychological and physical issues.

There can be deep emotional impact due to the presence of excess facial hair (Hirsutism), weight gain, and thinning of scalp hair in adolescent girls. PCOS symptoms further add to the tumult that is characteristic of puberty.

Moreover, weight gain in adolescence leads to an apple-shaped abdomen in girls with PCOS. In women without PCOS, the abdominal region is generally pear-shaped. Added to that, abdominal obesity, impaired glucose tolerance, and high levels of cholesterol lead to complications in the future for adolescent girls with PCOS.

So, all girls who have mothers with PCOS, have higher body mass index, and high birth weight and start developing secondary sexual characteristics like pubic hair and breast development in preadolescence need to get screened for PCOS. Often they might need consultations with pediatric endocrinologists.

Early signs of PCOS you should never miss

PCOS diagnosis using irregular periods, dysfunction of ovaries, and ovulation disorders becomes difficult in adolescent girls. This is because most of their menstrual cycles in the first two years of puberty are anovulatory.

Moreover, the presence of acne and facial hair is common among girls around the pubertal years. Even the ovaries of girls in their early puberty are such that it becomes difficult to differentiate normal versus abnormal ovaries. Added to that, some girls even experience functional hyperandrogenism and insulin resistance, which is transitional.

In order for normal occurrences to be seen as early signs of PCOS, a combination of certain risk factors and conditions are to be taken into consideration.

Having a history of high birth weight, or congenital adrenal hyperplasia, and having mothers with high BMI or PCOS are certainly risk factors. When these are accompanied by hyperandrogenism and other signs, endocrinologists suggest further evaluation for PCOS diagnosis.

As women start aging, other ovulation related symptoms and signs of PCOS start to appear. These include: