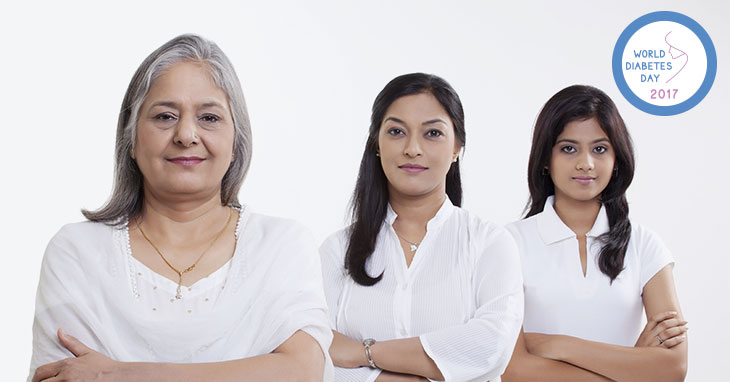 Indian women…the only people from our country who won sports medals, and have made a mark in Hollywood! Known all over the world for their grace and beauty, Indian women have metamorphosed into an unstoppable force. However, there are still many things that are pulling them down.
Many Indian women have made the nation proud getting us accolades. They have excelled in whatever fields they have chosen. They have proven all preconceived notions wrong and have set new benchmarks.
All this is great for our country, but that only one part of the news! Now, let’s go to the editorial.

What we don’t hear and see

There is a whole dimension of India that we rarely get to see or hear. There is a huge difference in the literacy rates, and employment when we compare urban and rural areas. This urban advantage has also brought about theurban women’snemesis in the form of lack of physical activity, obesity, non-communicable diseases, and deaths.

The rural women of India enjoy better physical activity and are less prone to non-communicable diseases. However, one should not forget the fact that most rural Indian women lack even primary health facilities.

Urban women on the contrary are more susceptible to heart diseases, coronary diseases, diabetes mellitus, kidney diseases, diabetic eye disease, and diabetic foot.
In the context of diabetes, women are fast catching up with men in the prevalence rates. According to a Pan India study conducted by Apollo Sugar Clinics that surveyed 5, 00, 000 people, it was found that there were many women with undetected and uncontrolled diabetes, especially in the eastern and northern regions.

Women and Diabetes – Our Right to a Healthy Future

The theme for World Diabetes Day this year is Women and Diabetes and the right to have a healthy future. This couldn’t have been better considering that the future of the country is dependent upon the nation’s mothers, workers, bankers, artists, entrepreneurs, and all those roles women play to perfection.

“You are adept at managing both your career and your child. And, the decision to conceive is your choice. However, having awareness about gestational diabetes can help you avoid it and combat it.”

Other risk factors for women

There seems to be biological differences when it comes to diabetes and the genders. The general risk factors for both sexes are body mass index, body fat distribution, family history, age, diet, physical activity (or lack of), stress, sleep deprivation, and smoking.
When it comes to the risk factors and differences in living with diabetes, the deviation among both sexes is marked. In the case of women, here are a few factors that influence their diabetes control and management.
1. Hormonal imbalances during menstrual cycles.
2. Demands of traditional family roles.
3. Tendency to lower their expectations in terms of diabetes control leading to poor outcomes.
4. Tendency to be more anxious and stressed socially about their diabetes condition than their male counterparts.
On top of all these things, there is an increased trend of growing obesity among women in India due to the availability of high-carbohydrate foods. This leads to central obesity, the presence of large deposits of fat around the abdomen. This is a major risk factor for diabetes, which when uncontrolled causes heart diseases, kidney diseases, vision loss, and foot amputations.
True Independence

Women who seek true independence – to have a free will to choose, to act, and to make independent decisions need to have good health. They have to be independent in the true sense with sound health and a sound mind.
Here are few tips for women with both undetected and known diabetes to beat this silent killer.

For those women with undetected diabetes, learn to identify the symptoms and get yourself screened today!

If you neglect diabetes, it can lead to serious ailments like cardiovascular diseases, kidney failure, vision loss, and foot amputation!

Symptoms of Diabetes in Women:
1. Increased thirst and hunger.
2. Excessive urination.
3. Vaginal infections.
4. Oral yeast infections.
5. Urinary tract infections.
6. Polycystic ovarian syndrome.
7. Sexual dysfunction.
8. Fatigue.
If you experience any of these symptoms, do not forget to get a diabetes screening test. Get a random blood glucose test, HbA1c, fasting blood glucose test, and a postprandial glucose test. If you are pregnant, get an oral glucose tolerance test done in the 24th week of pregnancy.

For those women who are living with diabetes, here are a few tips to avoid serious diabetes complications:

1. Monitor your blood glucose levels with a glucometer.
2. Never miss your medication.
3. Get more than 150 minutes of exercise every week.
4. Stick to a diet plan provided by a professional dietician.
5. Get a dilated eye exam once a year.
6. Get your urine test done twice a year depending upon the risk.
7. Have a lipid profile done every year depending upon the risk.
8. Get your other diagnostic tests done periodically.
9. Reduce weight. Reducing 7 kg of weight can work wonders on your diabetes.