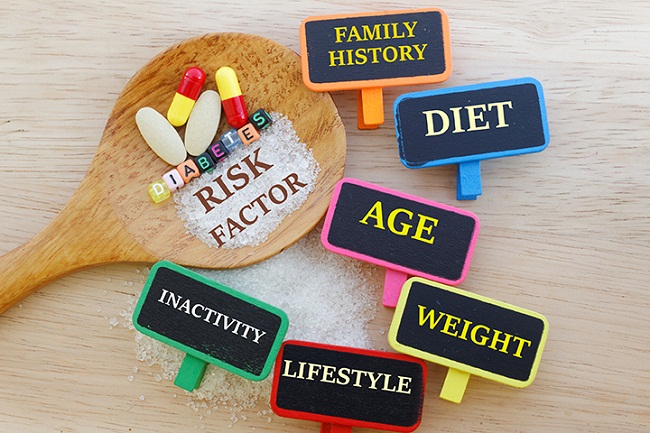 Subhash took his fasting on Shiv Ratri seriously. He decided that he wouldn’t even sip water for a whole day. Unfortunately at around 5 PM, he started feeling shaky, had profuse sweating, and extreme fatigue. He fainted and was rushed to the hospital by his colleagues. Doctors diagnosed that he had type 2 diabetes. There are millions of people like Subhash who do not know that they have diabetes as they are not aware of the symptoms of diabetes.

Knowledge and attitudes on diabetes in India

Many organizations have conducted study after study on the knowledge people have regarding diabetes. These studies were based on questionnaires with questions on age, gender, socioeconomic status, knowledge of risk factors, symptoms of diabetes, diabetes treatment and complications.

From outright bizarre and dumb ideas to dangerous misconceptions, people have strange beliefs and unscientific perceptions of diabetes. If you are someone with scientific temperament, these misconceptions are bound to give you a facepalm moment!

9 embarrassing misconceptions people in India have of diabetes

Many educated people are not aware of the symptoms of diabetes, tests to diagnose diabetes, and its complications to organs. When it comes to attitudes of people regarding treatment for diabetes, the situation gets murkier.

Here are 4 dangerous misconceptions people in India have on diabetes medications.

It is unfortunate that people believe in these misconceptions despite the fact that more than 75 million Indians have been diagnosed with diabetes and there are many who are undiagnosed. Diabetes causes many cases of:

That is why what you don’t know can hurt you!

Diabetes mellitus is a chronic disease that is caused by deficiency in the insulin produced by pancreas or due to the ineffectiveness of insulin. In the first case, lack of insulin causes high concentrations of glucose (sugar) in the bloodstream. This is called type 1 diabetes.

It is very important for people to realize the symptoms of diabetes as early diagnosis can prevent organ damage and other complications of diabetes.

What are the different types of diabetes?

What is type 1 diabetes?

Among all people with diabetes, 10% have type 1 diabetes. It is an autoimmune condition and generally occurs in children. In type 1 diabetes, the body’s own immunity system starts attacking the beta cells of the pancreas. Beta cells produce insulin. When beta cells are destroyed, there is a serious insulin deficiency.

People with type 1 diabetes need to be on insulin therapy (either twice daily or basal-bolus), and they have to monitor their blood sugar levels daily with the help of a glucometer or at a clinic. Apart from insulin therapy and self-monitoring, people with type 1 diabetes need to get a diabetes diet plan and regular physical activity. They also need to get periodical screening for diabetes complications.

Doctors that treat type 1 diabetes include endocrinologists, and diabetes doctors.

What is type 2 diabetes?

Type 2 diabetes is generally associated with obesity, sedentary lifestyle, poor dietary choices, family history, and high blood sugar levels. People with type 2 diabetes are also prone to have high cholesterol levels. They are prone to cardiovascular diseases, and other complications of diabetes.

Treatment of diabetes type 2 involves oral diabetes medications or insulin therapy. This is decided by a diabetes doctor or a diabetologist.

What is gestational diabetes?

Even if you do not have diabetes, if you are above the age of 30 years, if you have a family history of diabetes, you are overweight, and lead a sedentary lifestyle; it is advised that you get yourself tested for diabetes at least once a year.

Tests to diagnose diabetes include:

Apart from these tests, people with diabetes need to get some other tests periodically in order to avoid/detect early complications of diabetes. These tests include:

These tests should be done as per the advice of a diabetes doctor. Getting these tests helps your doctor to alter or continue current diabetes medications and reduce/avoid the risk of any diabetes complications.