Marrying late? Here is what you need to know as a couple 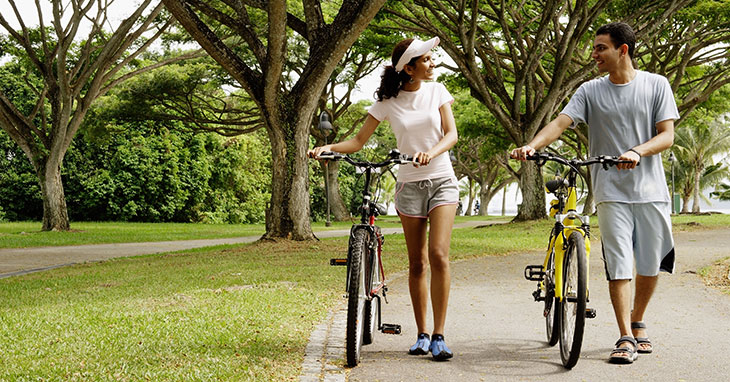 Late 20s and older -on top of your game, well settled, and still single. Sound familiar? You’re probably at that intersection of life where you have got what you wanted and you’re all set to move towards the next step – getting married. However, most Indian millennials seem to have a different set of mind. They push marriage and childbearing to a distant future making them prone to gestational diabetes and type 2 diabetes.

Cultural reasons are quite often are to blame. The age of exchanging vows has been pushed to historic highs due to cultural factors that prevail prior to marriage. The requirement to climb the highest possible rung of the success ladder;get the desired levels of education;and wait for an older sibling to get married are commonly cited reasons to push marriage.

However, more often than not, it comes at a cost. Health consequences inevitably present themselves with delaying marriage.Infertility, cancer, and gestational diabetes are among the many evils that are born out of the delay.Let’s take a deep dive into diabetes and diabetes management.

Once you have crossed over into the “committed-for-life” category and are living in an urban setting,the odds of getting diabetes greatly increase owing to a sedentary lifestyle and eating unhealthy.

Living an urban life is hard as it is as both you and your partner play “catch-up with the fast-paced city lifestyle,” work extended hours, deal with chronic sleep issues and constant stress. Maintaining health thus gets drawn to the bottom of the priority list. All these factors play a huge role in messing your metabolism.

When Diabetes creeps in unawares

As with every other disease, there is a warning signal and it’s called prediabetes. It’s when you have a higher-than-normal sugar levels owing to the resistance of the body’s cells to the effects of insulin, but you’re short of reaching the toxic levels of diabetes.Simply put, you’re borderline diabetic but are at an increased risk of developing full-blown diabetes. However, you still have a chance to reverse the condition so it is a good idea to head to a diabetes clinic and take a blood test.

Now, as you move into the next stage of marriage namely parenthood, there is a greater risk of developing gestational diabetes, onset by a late gestational age (above 35 and above).
Gestational diabetes is different from the other types of diabetes wherein a placenta-made hormone prevents the effective utilization of insulin,resulting in maternal and fetal complications. There is an increased possibility that you can develop diabetes in the years to come.

Our Right for a Healthy Future

This World Diabetes Day,the theme is‘Women and Diabetes.’We are presented with the perfect opportunity to reflect on some of the stark statistics that present the case of diabetes among women.

1. 119 million women across the world are affected by diabetes of which 60 million are in the reproductive age.

3. IDF (International Diabetes Federation) estimates that hyperglycemia in pregnancy was evident in 16.2% of live births to women in 2015. Nearly 50% of women with a history of gestational diabetes develop type 2 diabetes within a span of ten years post delivery.

Diabetes however, can largely be prevented.Obesity and a history of diabetes in the family can particularly amplify your chances of getting diabetes. So,here is a guide that will go a long way in keeping diabetes at bay.

1. Exercise, it goes without saying, is a prime preventive measure for diabetes. Post elevated levels of activity, our muscles tend to replenish by soaking up sugars from the blood, thereby lowering sugar levels and boosting insulin sensitivity.

2. Keep a check on weight. It is amongst the biggest causes of diabetes and can significantly affect your chances of getting the disease.

3. Stock up on fiber and stay off high carb foods such as breads and cereals. Swap out your fries and chips for fruits and healthy tree nuts such as almonds and walnuts. Whole grains and beans are excellent sources of nutrition as well.

4. Cut down on alcohol intake and put a stop to smoking habits. Overall well being is essential in fighting the disease.

Following a diabetes diet, and exercising is a basic requirement and something couples can do together.It makes it easier and helps stay on track plus it improves relationships.The earlier you both take on these precautionary measures, the more opportunities you’ll have to ward off the onset.

It is also essential that you get regularly checked for diabetes at a diabetes clinic. Small efforts go a long way so take that first step toward a better life!