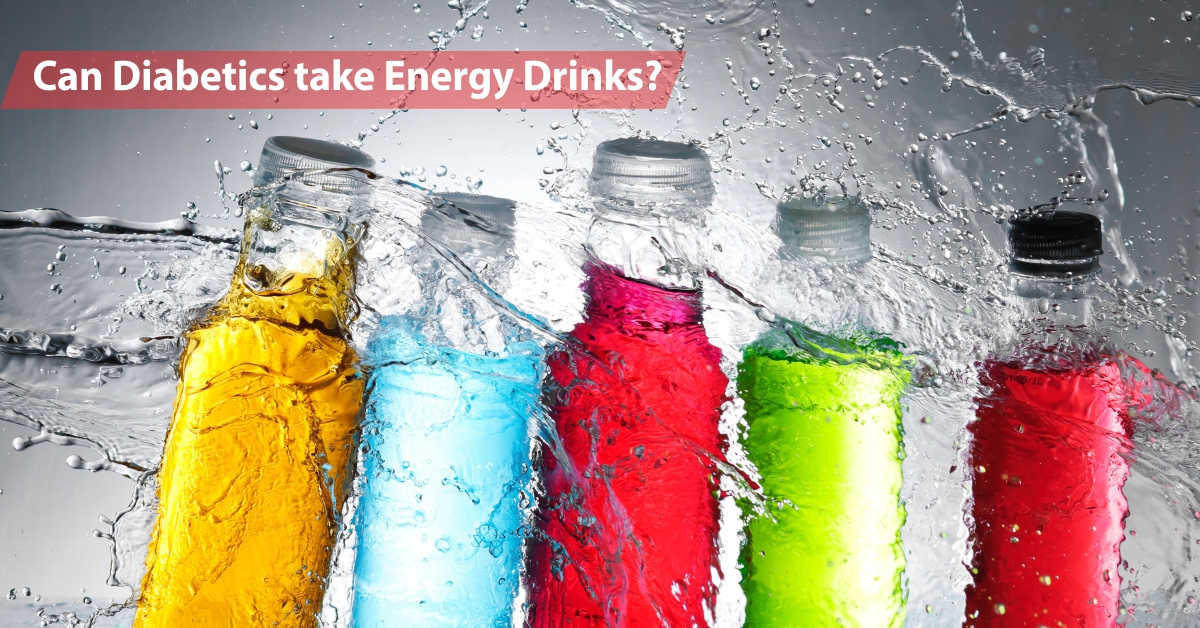 Do energy drinks increase the symptoms of diabetes in healthy people? Do they increase insulin resistance in non-diabetic people?

Neon lights, electric blue thunder, and fire. This is what surrounds the cans of energy drinks in the ads. And, soon after taking a sip of it, people suddenly start skiing, skateboarding, and climbing mountains bare handed! Are they so powerful?

The popular sodas are losing their sheen and paving way for trendily packed cans of energy drinks that promise to make a super athlete out of you. Instead of carbonated drinks, people prefer energy drinks, sports drinks, ready to drink fruit beverages and iced teas. Despite countless stories of people getting insomnia, high blood pressure, increased diabetes symptoms, and other complications, there is still a raging demand for energy drinks. This is because most people feel the energy drink more stimulating than coffee. It has the oomph to take you through the day like a breeze!

However, most people are  not even aware what there’s in an energy drink. Perhaps, they experience a placebo effect of sorts.

What’s actually in an energy drink?

Apart from the sophisticated packaging, branding and aggressive merchandising, an average can of energy drink consists of:

Though sports drinks and energy drinks contain vitamins and other herbs, it is seen that these drinks do not contain the amount required to have any meaningful effect. Moreover, the caffeine and sugar increase the symptoms of diabetes and create insulin resistance in healthy individuals.

How do energy drinks give energy?

With up to 80 mg of caffeine in each can, there is enough buzz in it to boost you and make you hyperactive. The excess caffeine acts on the brain and blocks the neurochemicals that induce sleep (adenosine). So practically, there is only a feeling of energy due to the blocking of certain neurochemicals. There is no new energy given to the body.

With loads of glucose in each can of sports and energy drinks, they sure promise to give you a sugar high. But, this is where the problem arises. With excess amounts of sugar, normal individuals who consume energy drinks might experience symptoms of high blood sugar.

Other ingredients that make you feel energized:

It is a fact that energy drinks give a feeling of effervescence, but  many health practitioners are not sure of the long term effects of certain ingredients in them. As such energy drinks have common side effects like:

As a matter of fact, even in the case of non-diabetics, it was found in numerous studies that the excess caffeine in these drinks caused a short term insulin resistance. These people exhibited some symptoms of diabetes as they were not able to metabolize sugars normally. This happened even in non-diabetic teenagers. They exhibited insulin resistance and symptoms of high blood sugar after consuming some brands of energy drinks.  Many people  with diabetes say they use energy drinks especially made for diabetics, but the culprit here is the caffeine which causes increased symptoms of diabetes and poor glycemic control. So, the next time you want to avoid an afternoon of sluggishness at work or look cool at your gym with a blue-colored liquid, think twice. Energy drinks are not healthy for people with diabetes.