Why women have Irregular periods and abdominal cramps in PCOS 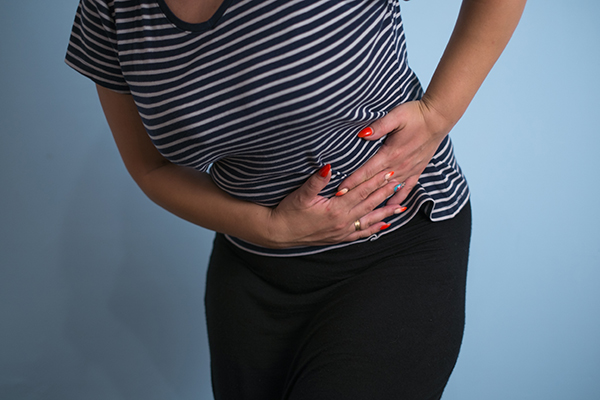 Experiencing cramps and pain during menstrual period is considered normal by many women, but to experience painful cramps when it is not time for the monthly periods can leave anyone puzzling. Studies have shown that cramps can occur even when one is not expecting their periods. Pelvic pains and cramps are not always linked to periods because they can occur due to other complications. However, painful or irregular periods are among the frequently occurring ovarian cyst symptoms.

PCOS or Polycystic ovarian syndrome is a complex yet common endocrine disorder that is caused due to hormonal imbalances. It is experienced in the form of:

It can even lead to everyday difficulties with abdominal pain, heavy bleeding that leads to anemia, irregular periods and a host of other PCOS symptoms that can affect women in the reproductive years.

While PCOS has physical and psychological symptoms, one of the most cumbersome symptoms are having painful abdominal cramps even when there are no periods.

Why women have abdominal pain in PCOS

Many women with PCOS often complain of pelvic or abdominal pain. This pain is generally below the belly button and it is often accompanied by cramps. Pain can be moderate to severe, throbbing, dull/sharp, and can occur on one or both sides of the pelvis near the ovaries.

Abdominal pain and cramps is one of the ovarian cyst symptoms and occurs in some women. Ovarian cysts are small fluid-filled sacs that occur in most women at least once in their lifetime. However, these cysts are generally painless.

Ovarian cysts are known to cause symptoms including abdominal bloating, pain even when there are no periods, and pain during bowel movements and sexual intercourse. These symptoms occur when cysts grow bigger, or when the cysts are ruptured.

Women who experience pelvic pain even without menstruation should be evaluated by an endocrinologist and a gynecologist.

How are irregular periods and PCOS related?

The main characteristic feature of polycystic ovary syndrome (PCOS) is an increased production of male hormones in women. Even though both men and women have some amounts of both male and female hormones (testosterone and estrogen), PCOS is a condition characterized by the presence of excess androgens in women. This condition is known as hyperandrogenism and is one of the root causes of painful PCOS symptoms including irregular periods.

Higher levels of androgens create an imbalance of female sex hormones and leads to ovulatory infertility.  In most cases, having irregular periods or no periods with cramps is a symptom of PCOS.

A woman is categorized as having irregular periods only if there are eight or lesser number of menstrual cycles per year, and when it takes more than 35 days for the next menstrual cycle.

In women with PCOS, due to high levels of luteinizing hormone, the ovaries do not get signals to produce eggs leading to a chain of events and irregular periods.

Menstrual cycles do not behave the same for every women. Some women’s bodies work just like the clock while others are unpredictable. A woman gets her period every 21-35 days on an average. Having periods for a duration between two to seven days is considered normal.

Common symptoms of an irregular period include:

In some cases, women have abnormal menstrual bleeding with the duration lasting up to 10 days with heavy bleeding.

Often women with PCOS have higher body mass index with obesity. This can conflict with menstrual cycle. To treat irregular periods, a change in diet and exercise can be helpful to regulate periods and balance hormones in women with PCOS.

What to watch out for?

Irregular periods can pose a great threat to conceiving. Here are things to do track ovulation.

In case of any symptom or irregularity, an evaluation with a reproductive endocrinologist and a gynecologist is advised.