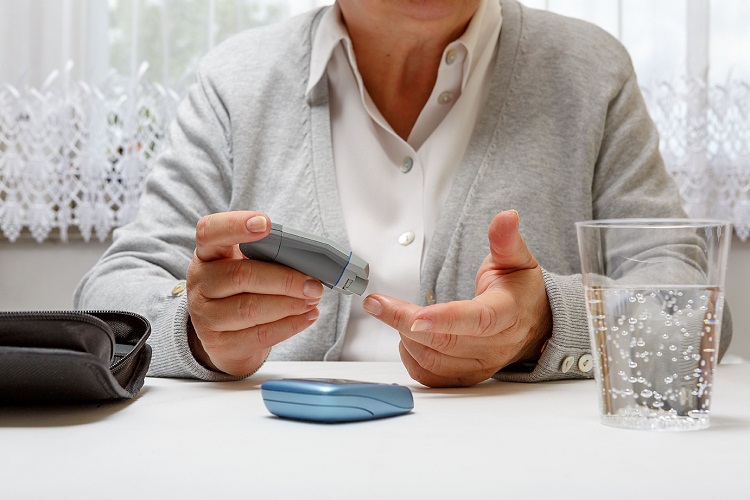 Oral glucose tolerance test is among the blood glucose tests for diabetes.  This diagnostic test is usually done to diagnose gestational diabetes and is a must for every pregnant woman. Before HbA1c test, oral glucose test was once a gold standard in the diagnosis of diabetes.

In this article we shall discuss:

What is oral glucose tolerance test?

Oral glucose tolerance test (OGTT) is a diagnostic test that is done in the lab to determine how the body metabolizes glucose, how glucose moves from blood to the tissues of the body, and the status of impaired glucose tolerance, prediabetes, and diabetes. This test measures postprandial blood glucose levels after time periods of one 1, 2, or 3 hours. OGTT is also used to screen for diabetes in patients with cardiovascular diseases.

Even though HbA1c test is currently seen as the gold standard in the diagnosis of diabetes, it is recommended by the WHO to retain OGTT as a blood glucose test for diabetes. This is because of the fact that fasting blood glucose alone is not enough to diagnose diabetes.

OGTT is not only one of the best diagnostic tests to determine impaired glucose tolerance; it is also a good diagnostic tool to detect any abnormalities in people who are asymptomatic (who do not show any symptoms of diabetes).

There are numerous oral glucose tolerance test procedures recommended by various organizations like American Diabetes Association (ADA) WHO, NDDG, CDA, and others. While the ADA suggests screening for high-risk population, universal screening is required in countries like India as pregnant women are at a higher risk of getting gestational diabetes.

In all various procedures, it is mandatory that the patient should fast for at least 8 hours in which only sipping of water is allowed.

However, there are some people who are not suitable candidates for an oral glucose tolerance test. They include:

50 gm of glucose is given to the patient irrespective of the time of the last meal. A blood sample is taken and the postprandial blood glucose level is tested. If the level is higher than 140 mg/dL, then further testing is done.

If a person meets any of the two criteria, then the person is diagnosed with gestational diabetes. However, it is felt that these criteria are based more on the subject having the risk of getting diabetes in the future. Some experts feel that the outcomes for the fetus are not taken into consideration.

This procedure advocates taking a sample with fasting, administering 75 gm of glucose, and then taking a sample two hours later. In this procedure, the criteria for the diagnosis of gestational diabetes is when a patient has blood sugar level between 140 to 199 mg/dl after 2 hours is known to have impaired glucose tolerance. Anything above 199 mg/dL is diagnosed as diabetes.

Depending upon certain factors, either 75 gm or 100 gm of glucose can be given to patients for test purposes.

If needed, doctors may also opt for a 3- hour test. This occurs when, in the two-hour test (sample collected before ingestion, after one hour and after two hours), results show a risk of gestational diabetes.

The 3-hour tests is done by giving the patient 100 gm of glucose and sample are collected before glucose ingestion, after one hour, after two hours, and after three hours.

Criteria for diagnosis of gestational diabetes in 3-hour test

A diagnosis of gestational diabetes is confirmed if any of the two criteria are met.

The area under the curve is known to be a correct index of glucose excursion. An understanding of glucose excursion gives diabetes doctors and endocrinologists actionable insights in order to suppress the progression of diabetes.  This is because if a person has continuous fluctuations in blood sugar levels, then the risk of diabetes complications and cardiovascular diseases increases. Area under the curve is determined by statistical methods like functional data analysis and analysis of curve data.

Acromegaly is a condition in which there is excess of growth hormone often caused due to a non-cancerous tumor in the pituitary glands. This condition causes people to have large face, hands, and feet.

Oral glucose tolerance test for acromegaly is similar to the 75 gm OGTT and the patient has to come after fasting for 8 hours. However in this test, along with blood sugar test, growth hormone levels are also measured. Samples are taken in intervals of 30 min, 60 min, 90 min, 120 min, and 150 min. Based on the results of both the blood sugar levels and growth hormone levels, a diagnosis of acromegaly and its underlying condition is made with further diagnostics.