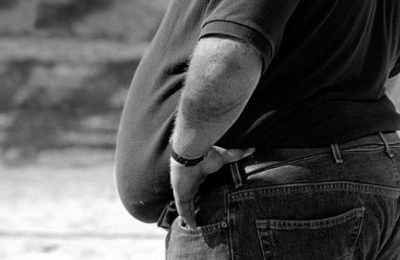 What are the early symptoms of Prediabetes?

Are we too busy to notice early symptoms of diabetes?

After her second child, Shruti took some time to get back to her job. Life became a complete package for her. She had to do the household chores, take care of her children, and accommodate a few hours for her freelance writing.

Though she was good at the balancing act, constant fatigue pulled her back and made her irritable. Initially, she thought that her fatigue was the result of her daughters who just wouldn’t stay still for a second. Moreover, she also couldn’t get rid of the weight she had gained during her pregnancy.

The alarm bells only started ringing when she went to a dentist for a gum problem(gingivitis). The dentist asked her to check her blood sugars, and the results came as a shock to Shruti. She was on the threshold to becoming a diabetic!

For many people living in the cities between the age groups of 30 to 45 years, diabetes is real threat that looms large. In fact, many people live with undiagnosed diabetes. They realize it only after considerable damage has already been done.

Prediabetes & Lifestyle Factors
For many working professionals living in Indian cities, giving some time to exercise is near to impossible. Heavy work pressures, long commute, and lack of lung space make it worse. In fact, many millennials would prefer to eat out rather than cook a decent meal for themselves. Added to this, Indians have a genetic makeup that makes them susceptible to heart diseases, and diabetes.

All these factors add up to create a huge healthcare crisis both to the country and to the individual. Diabetes is synonymous with long term complications of the eyes, kidneys, nerves, feet and heart. This means health care expenditure that could have been avoided!

Previously known as borderline diabetes, prediabetes is a condition where the patient has elevated blood sugar levels, but has not yet reached the level of being a known diabetic. A prediabetic patient generally has a fasting blood sugar level between 100 mg/dL to 126 mg/dL.

A prediabetic exhibits early symptoms of diabetes. These include:

Some patients might exhibit early signs of diabetes along with thickened skin, gout, unexplained hair loss, and patches on the skin.

How to reverse prediabetes?

Prediabetes is a precursor to type 2 diabetes. Early symptoms should be a wake up as there is still a chance to reverse it. Leading a sedentary life, having a BMI over 25, and having a family history of diabetes are primary risk factors. It is very important to reduce weight and lead an active life with a good deal of physical activity.

Giving up alcohol, smoking and junk food is known to give good results.

Inclusion of whole grains, millets, and brown rice in the diet along with dietary fiber helps.

Also, instead of having three meals with larger portions, it is better to have around six smaller meals.

Hitting the gym is a good idea to prevent type 2 diabetes.

It might sound to be a tough task for working professionals, but these activities definitely reduce the risk of type 2 diabetes to a great extent. And, if you experience any early symptoms of diabetes, contact a doctor immediately.