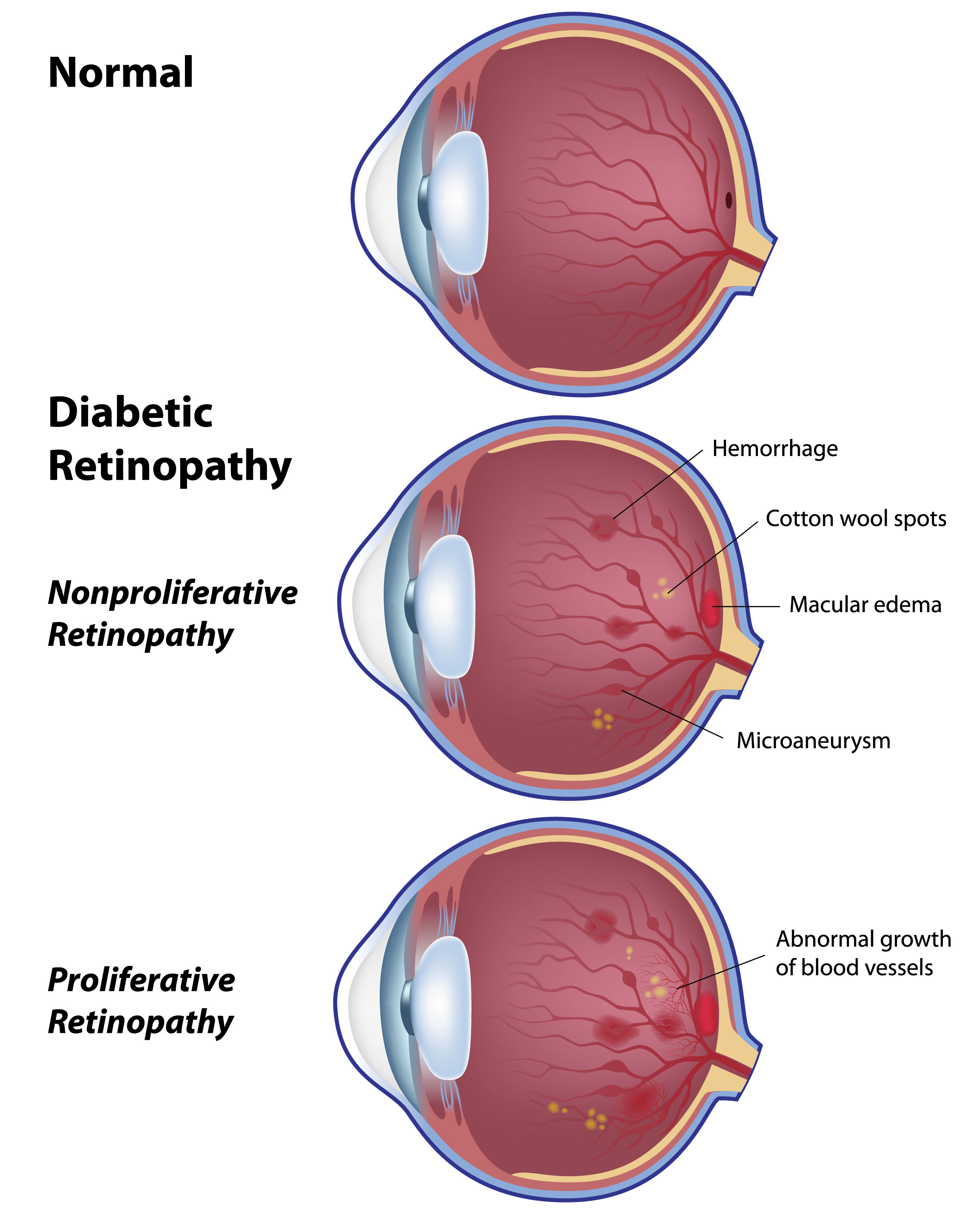 Within weeks of beginning of diabetes, damage to small blood vessels of the eye commences. By the time diagnosis of diabetes is made, some amount of damage is already done. To save vision and to avoid diabetes complications of the eye, frequent eye examinations are needed.

Diabetic retinopathy is caused due to high blood sugar levels and is a condition of small blood vessels in the retina.  This condition shows symptoms only in the latter stages after considerable amount of damage is done. It starts early on without any vision changes. It is only later that vision is affected.

Identification and Diagnosis of Diabetic Retinopathy

An aneurysm is the enlargement and swelling of a blood vessel (generally an artery). It can occur in any part of the body. It is caused due to damaged blood vessels, deposits of fat and diabetes. A microaneurysm is the bulging or swelling of tiny blood vessels (arteries, arterioles and capillaries). This is common in people with diabetes and often occurs in the retina. Retinal microaneurysms, which are classic signs of diabetic retinopathy, look like tiny protrusions of blood in the arteries or veins. They are susceptible to blood leaks and cause edema.

What are the symptoms and signs of microaneurysms?

For the purposes of diagnosing diabetic retinopathy and identifying microaneurysms, certain gold standard tests are used. When these tests are done periodically, people with diabetes can successfully manage diabetic eye problems. These tests include: