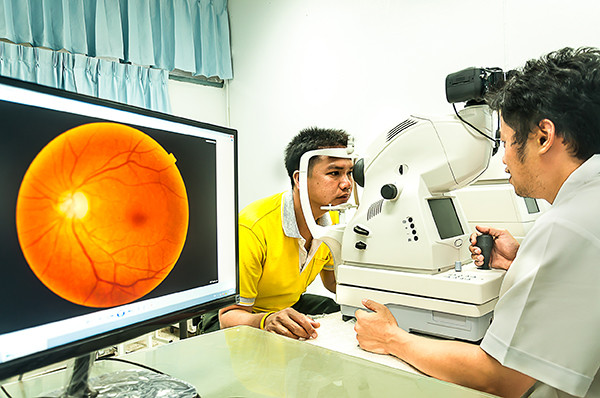 Among all the diabetic eye problems, diabetic retinopathy is by far the leading cause for blindness. It is a major diabetes complication that needs periodical screening for prevention as well as management. This is because of the fact that diabetic retinopathy symptoms do not show up until a significant amount of damage is done.

Diabetic retinopathy is a progressive diabetic eye problem that leads to blindness without proper diabetes control and proper management. In fact, in most people damage to the blood vessels and the nerves of the eyes occurs even before the diagnosis of diabetes.

Diabetic retinopathy stages progress as the illness exacerbates leading to many changes in the retina and can lead to complications like retinal detachment, and glaucoma.

However, it is only after a significant amount of damage to the retina due to high blood sugar levels that this condition manifests in the form of symptoms. Also, this condition is detected in the early stages only through an eye examination. That is why diabetes doctors and ophthalmologists advise periodical eye examination.

Diagnostic tests to determine the presence of diabetic retinopathy

These tests reveal structural changes in the retinal blood vessels, the presence of neovascularization, dot and blot hemorrhages, cotton wool spots, and retinal hemorrhages. As per the results of the tests an appropriate treatment plan is suggested by an ophthalmologist in conjunction with a diabetes doctor.